The percentage of the world’s population that has access to a free press remained at its lowest point in more than a decade in 2015, according to an annual report released by Freedom House.

Political, criminal and terrorist forces sought to co-opt or silence the news media in their struggle for power, the report said.

The results were announced April 27, 2016, at a ceremony held in the Newseum’s Time Warner World News Gallery.

“Few events are as important to our mission as the one we have today,” said Jeffrey Herbst, president and CEO of the Newseum. “The Newseum was built to increase public awareness and understanding of the First Amendment and a free press. This gallery illustrates just how precarious press freedom is in many countries of the world.”

Since 1980, Freedom House has documented media independence around the world. Mark P. Lagon, president of Freedom House, called the annual report a “key measure of whether and how societies protect or allow to erode one of the fundamental freedoms of all citizens — the right to freely express oneself.”

Rep. Albio Sires, D-N.J., who was born in Cuba and immigrated to the United States when he was 11, has taken the lead in speaking out for press freedom in Latin America. He pointed to the Cuban government’s total control of all aspects of media.

“As a child in Cuba, I witnessed the deterioration of democracy as the Castro regime took over the island and systematically destroyed all aspects of freedom of speech and expression,” he said.

“To this day, people on the island are starved for information.”

The lack of free expression and Internet availability was addressed during President Barack Obama’s historic visit to Cuba in March.

“There is a strong connection between countries with democratic values and the freedom afforded to the oppressed,” Sires added.

The Newseum’s color-coordinated international map reflects the different levels of press freedom as determined by the organization. Countries painted in green have a free press. Those in yellow have partial press freedom. The countries in red allow no press freedom.

In 2015, the press status in six countries changed:

Freedom House is an independent watchdog organization based in Washington, D.C., that supports democratic change, monitors the status of freedom around the world and advocates for democracy and human rights.

For more information on Freedom House and the survey, please visit www.freedomhouse.org. 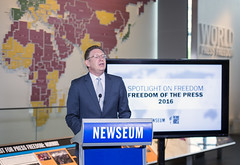 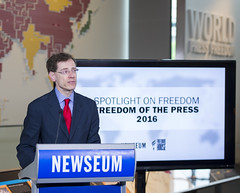 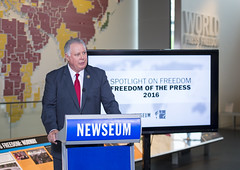 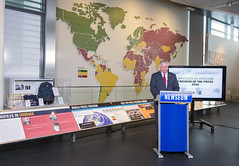 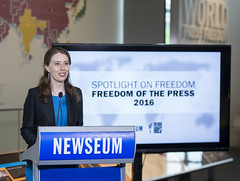 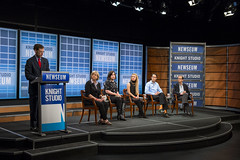 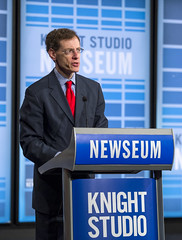 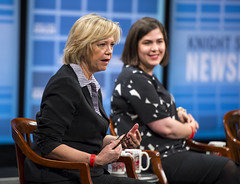 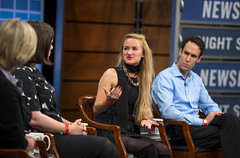 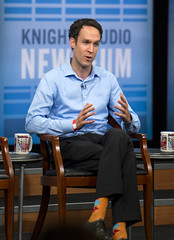 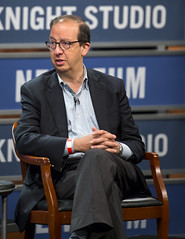 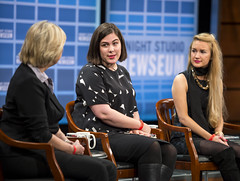