Daniel F. Attridge (left), dean of the Columbus School of Law at Catholic University of America, and Jan Neuharth (right), chair of the Freedom Forum, with first-place Moot Court winners from Benjamin N. Cardozo School of Law in New York.

The two-day competition, co-sponsored by the Newseum Institute’s First Amendment Center and the Columbus School of Law at The Catholic University of America, featured 24 teams of students from law schools across the United States arguing a hypothetical First Amendment case in front of a panel of distinguished judges.

A team from Cardozo School of Law won the national competition in 2005, when it was conducted at the Newseum Institute’s John Seigenthaler Center in Nashville, Tenn., in partnership with Vanderbilt University School of Law. 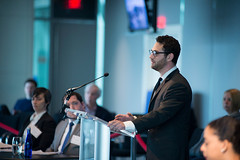 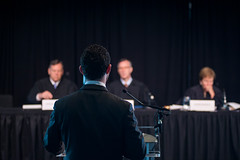 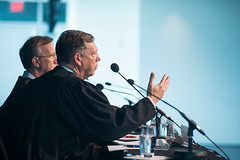 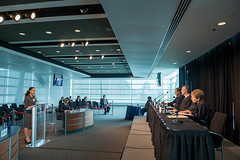 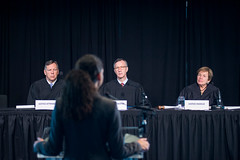 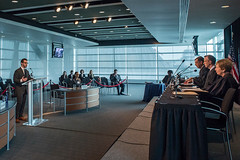 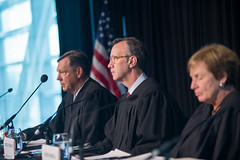 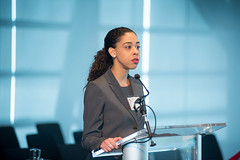 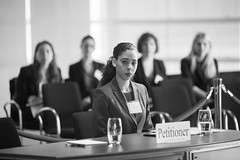 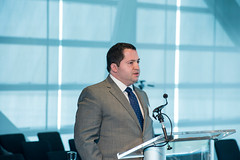 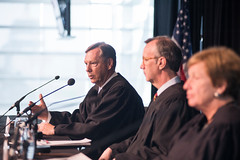 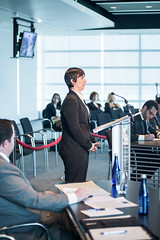 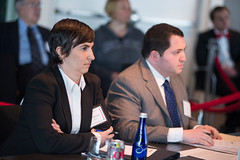 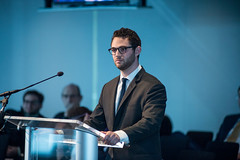 Here is a complete list of this year’s competition winners, runners-up and judges: